The Birth of Mavi 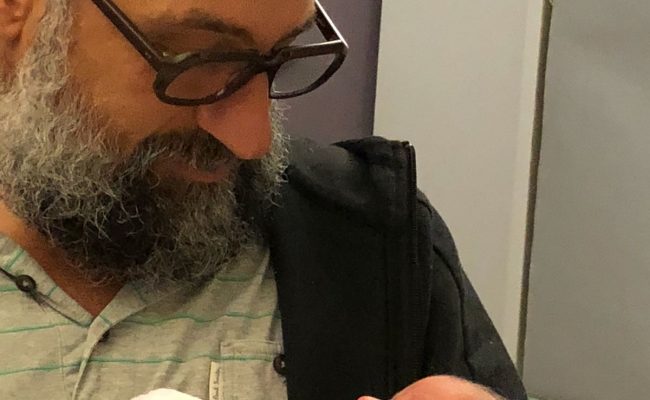 Was it your first?

Yes it was my first birth, and Oggi’s second. He has a 10 year old daughter and being a second timer definitely
helped!. He was just so calm and knew what to do and how to support me being a first time mum.

We did the She Births® course in March this year. Even though Oggi had experience, we loved the course and learned so many new things, to be able to support me having a birth as natural as possible.
Before She Births® I was not yet thinking about the birth and how the last part of my pregnancy would be. The weekend with Nadine, really shaped my wishes and dreams for my birth and also what to do before the baby would come. As I am 40, the hospital wants you to birth at maximum 40 weeks, so I wanted to try everything natural possible to bring on labour. We tried it all!

Oggi did not only cook every evening since I was 6 months pregnant, but made the eggplant parmigiana 2 times!! In massive portions, so spent hours in the kitchen looking after me and bubba. He cooked curries, made breakfast every day, and everything gluten and sugarfree of course! He gave pressure point massive, took me for walks and kept me sane generally :).

I also did the prenatal yoga classes with Nadine, that helped me connect with the little one and really communicate about birth and how we were going to do this together, the three of us.

As I am 40, I was going to be induced at 40 weeks and 3 weeks before then, we tried to do everything we could to bring on labour naturally.
At 39+6 it was time to report to hospital and once again Oggi cooked food to ensure that I had fresh food to eat in the hospital instead of the terrible hospital food, he also carried the super heavy bag momma packed, into the hospital. Not knowing he would be doing this 2 more times! I had packed a rose quartz lamp, crystals, diffuser, healthy food, coconuts etc. And with a few “babe what did you pack it’s sooooo heavy” comments, he took the bag everywhere! Settled in hospital with cervidil.. both excited that we would meet baby soon…nothing. Tried to do the Foley’s catheter.. did not work. I was a little anxious of what was to happen next and when they said c-section, I got really emotional and Oggi was calm and collected and happy to do whatever I wanted to do and whatever felt right to me. So back home we went.

We were leaving home on Monday, enjoying our last Sunday night together, as we were definitely coming home with a baby, imagine the feeling of coming home… no baby!

On Thursday, we had to report back to hospital for another attempt at induction and once again, here Oggi prepared a spicy curry and carried our three heavy bags back into hospital to carry them back out 2 hours later as I did not want to get a c section. Once again, I felt so supported by him in my decision to do what I thought was best for me and for the baby. The hospital told us to come back on Monday so we enjoyed another last weekend alone together, and when we went to hospital on Monday afternoon, he did say “I am not coming home without a baby again”.
The catheter worked, and I had eggplant parmigiana once again for dinner, and again our room was set up with crystals, essential oils and music, as Oggi had carefully prepared 3 playlists. Momo (our baby’s nickname in the belly) up, Momo down and Momo Classical chants (on request from me). Midwives and doctors kept commenting on how nice the music was!

Tuesday morning, the catheter worked and I was taken to a delivery suite, waiting for Oggi to come back as today would be the day! We set up the delivery suite again, dimmed the lights, some nice essential oils and the music playing all day. They had to break my waters and give me syntocinon and Oggi stayed super calm and was just there. He is always the calmest person, which helps as I can be quite emotional, and he listens to what I asked. Which was the best, as I was clear on what I wanted (room is too hot, room is too cold, massage my back there, no don’t touch me, run the shower water on that part of my back, no not there, door open, door closed, water, no water) and without comment he just did what I needed whilst making jokes all the time. He let me squeeze his shoulder HARD, as the doctors kept putting me back on the bed and contractions were so much harder laying down, and was just being funny and saying that I promised him he could buy a new mountain bike, hoping that I would say yes as I was on gas! No tricking this momma! The doctors kept wanting to intervene and my doula as well as Oggi kept saying that I could do it, and I felt so confident knowing they had my back. And I truly believed that I could, because they told me I could.

The most magical moment and literal support was when my doula told me to stand up and when I was standing, I was leaning on Oggi a contraction came and in that one contraction I was able to push properly for the first time and there she was… our little girl Mavi. He wanted to catch her which unfortunately was impossible as I was still standing and leaning on him, but he did get to cut the cord!

Who supported you throughout the birth?
Oggi and my doula Lizzy Criner. Best team ever! Because of them we did end up bringing her into the world naturally!

What was the most challenging part of the birth?
From my first appointment in hospital they were telling me that I had to be induced, because of my age, which was not what I wanted to do. So with every appointment, and getting closer to the day, being “pushed” into induction. The emotional journey of getting to a point where I could accept this, was challenging. Then when we finally got there and the induction did not work, and they wanted to do a c-section straight away, we went home and spent Anzac day at home, and I wrote all of my feelings in my journal, I really
had to journal, and speak to Oggi as well as my doula, I cried all my tears and decided we would tell the hospital we wanted to have more time and wait. Of course when you decide to do that, they inform you that the risk of stillbirth is increasing etc., so it is being ok with the pressure building from the medical team vs knowing your body and believing it will do the right thing. With the support of Oggi and Lizzy, I knew that my decision of waiting a few more days was the right one. And it was… at least my cervix had opened by that time.

What most helped you through the birth experience?
My birthing team! They kept believing in me, talking to me, keeping me calm and just being there, knowing exactly what to do. I have never felt so supported!

Was there anything that surprised you on the day?
I know women are strong and amazing, but that my body could handle the “forced” contractions and that I was able to birth her naturally! Medical team could not believe it either, as usually women on syntocinon will end up with epidural and further intervention, the fact that we had gas only, was a surprise to them.

What has been the best post birth care for you?
Since then, he has been looking after us by cooking every night, keeping me calm in the first few weeks whilst I was learning to breastfeed. As he has done this before, he is just so calm and knows what to do and how to support me being a first time mum. I am sure there are times that I am too careful in his opinion, or cranky, or emotional, but he gives me all the space I need to figure out how to be a mum and how to look after myself and the baby, I could not ask for better support.

Describe your birth experience in 3 words:
empowering, love and trust 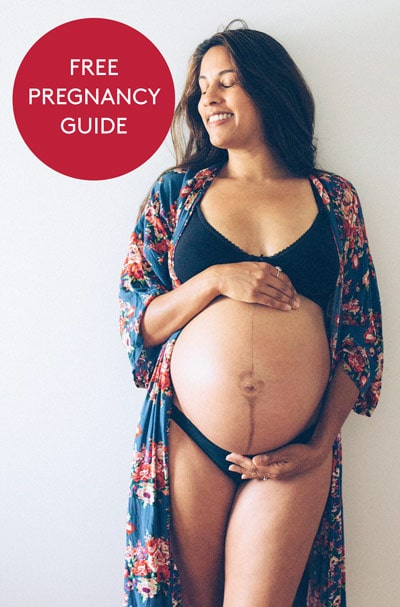