The Birth of Saya – Story by Cat Bunting 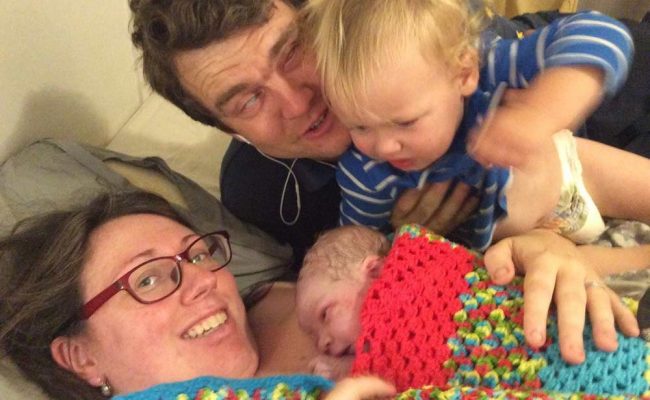 I had Braxton Hicks every night from around 4pm-10pm, 12 days prior to our arrival. Every night they would start up and I’d think ‘game on.’ Could it be tonight? And then they’d stop again! It was quite a roller coaster and I wasn’t sure when labour was going to start. It was a very emotional time, with lots of excitement and disappointment! The birth tools I’d learnt at She Births® were vital during this stage, especially yoga and meditation, to keep me sane!

The night before labour kicked in, the same pattern occurred but they actually continued through the night until around 4am, when things slowed down once again. This time, the Braxton hicks felt more like contractions. They continued throughout the day too, albeit every 20-30 minutes. I felt we were moving towards labour but we weren’t quite there.

And then, out of nowhere… at around 5.30pm, after a game of chess, boom – labour began and lasted just 45 minutes!

I was taken by surprise at the sudden onset of the serious contractions. And I didn’t quite believe it was happening for most of labour! I had my first big contraction and called my midwife, asking her to come over (we had planned a home birth). I felt I was being silly as it had only just begun but my intuition knew best…

As I put the phone down I had 5 back to back contractions. The contractions kept coming thick and fast. I ended up birthing my baby on the bedroom floor, unassisted, the midwife still en route!

My husband, Bart, was great. He made a great doula, squeezing my hips as we had learnt at She Births® – a fantastic tool! He also helped catch our baby:)

My Mum was also great at wrangling my 2 year old. He was in and out of the birth and it was really helpful to have him there, surprisingly. It kept me calm!

The speed and that meaning the midwife didn’t make the birth, hence we had no medical support. To birth our own baby was scary yet incredible.

One of my strongest memories was knowing bubs head was nearly out and feeling scared. We weren’t medically trained. What if there was an issue? What would we do? I remember thinking ‘let go’ and I handed it over to the universe. I was powerless. I couldn’t stop it and I couldn’t control it. I had to trust God had my back!