A SOLID FOUNDATION IN SCIENTIFIC RESEARCH

In 2015, the She Births® antenatal education program was scrutinised in large randomised controlled trials within two mixed demographic hospitals in Sydney, Australia. The study was conducted by Western Sydney University and the National Institute of Complementary Medicine.

The She Births® program was chosen for this study because it incorporates more complementary medicine modalities than other childbirth courses and our own private normal birth rates are so high (83%).

This groundbreaking research highlights dramatic improvements for the Study group, who received the She Births® program, in comparison to the Control group who received the standard hospital birth preparation course.

Couples in the Study group had a relative:

The study group also experienced shorter labours, particularly second stage (pushing) by a mean of 32 minutes. There was also a 12% reduction in perineal trauma (84.7% vs 96.4%). Overall a 44% increase in natural vaginal births was found using the unique She Births® education program.

In the last decade numerous international studies have been undertaken in isolation on certain elements of birth preparation with results showing marginal improvement. According to Cochrane Review other studies of childbirth education programs on their own have not shown any significant improvements.

This is the first time a study on birth education has shown such significant results.  There is now great potential to positively change the way women and critically their partners prepare for birth around the world.

The Complementary Therapies for Labour and Birth Study gives evidence to the fact that it is possible to create a better birth with the right education and demonstrates that more normal births are also safer for our babies. It suggests that the commonly experienced cascade of intervention is avoidable with the right education and the over treatment within maternity systems can be changed via empowerment of couples.

BACKGROUND & COMPONENTS OF THE STUDY

WHY ARE THE RESULTS SO SIGNIFICANT?

“She Births® prepares women with more realistic ideas of what to expect during labour” – Jessica Turner, 10 Eyewitness News

The course has been recognised by the British Medical Journal after the 2016 study showed a 65% reduction in epidural rates and a 44% reduction in caesareans. 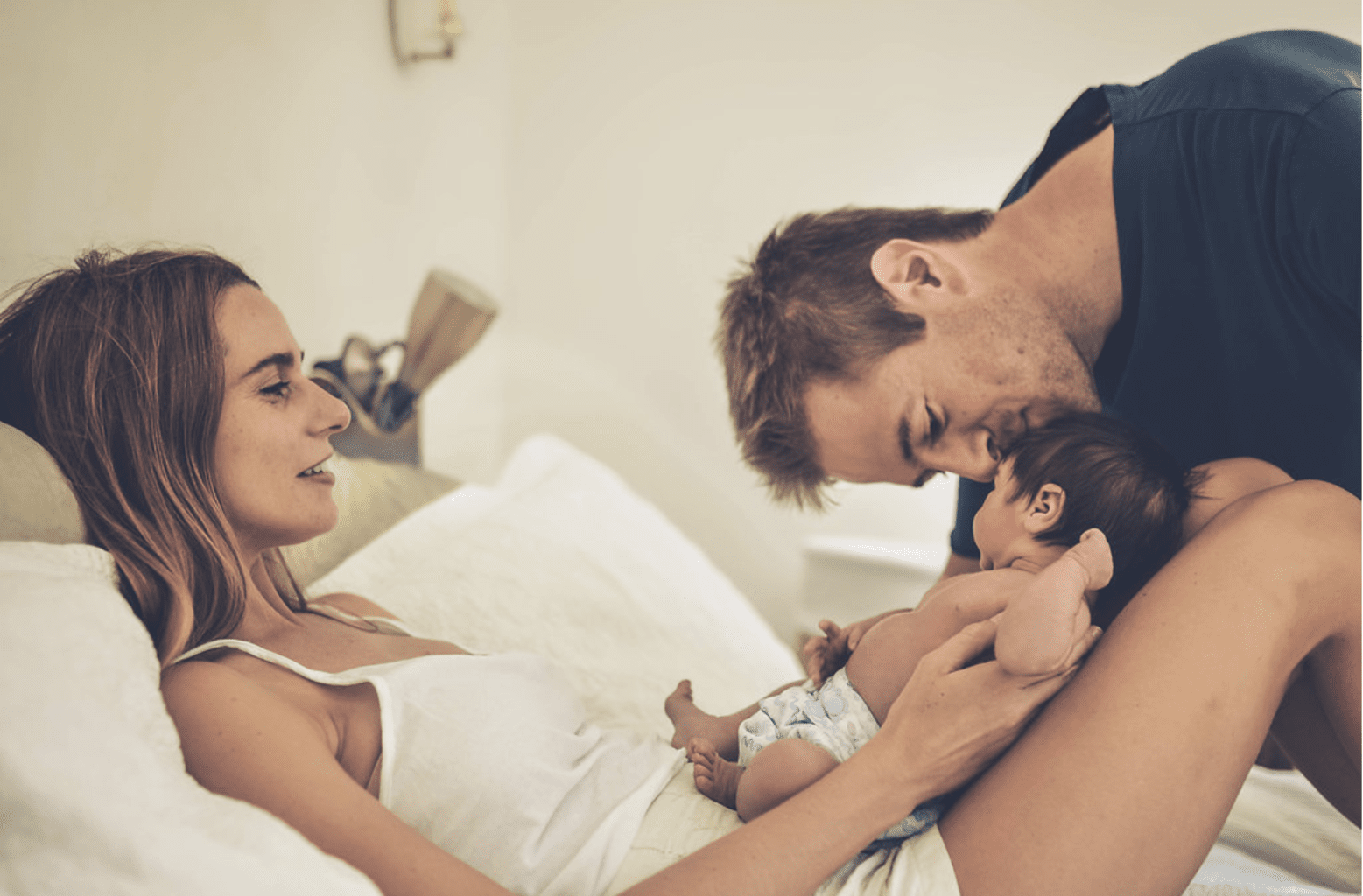 She Births® mums are a mixture of both high and low risk mums, primarily primigravidae and birth within both public and private hospitals.

83% of She Births® mums gave birth vaginally or had what is defined as a ‘normal birth’ compared to the current NSW average below 57%.

Read more about the current normal birth rates in Australia and hear from She Births® couples in the Sydney Morning Herald.

The effectiveness of She Births® comes from the synergy of elements but also the unique philosophy and background of creator Nadine Richardson – prenatal yoga teacher, mother, doula and daughter to an extended family of doctors and specialists. The course is founded in eastern wisdom and yet is made easily accessible to people from all backgrounds, professions, ethnicity and socioeconomic groups.

It incorporates a unique language and referencing to the ‘pain of childbirth’ and a sequencing that allows a deep transformation for every couple that attends. She Births® also includes a new form of self-hypnosis called BMIT – Body-Mind Integration Technique created by Nadine Richardson and based on the ancient art of yoga nidra. Unlike regular hypnosis it allows women to not only relax but to connect deeply with their body, the channel for birth.

Through the unique She Births® method a deep transformation can take place within every couple, that fosters both a sense of trust in birth and a security in each other. All of these factors are critical to creating a more natural and beautiful birth experience, but also in creating the foundation for a stronger and more resilient family going forward. 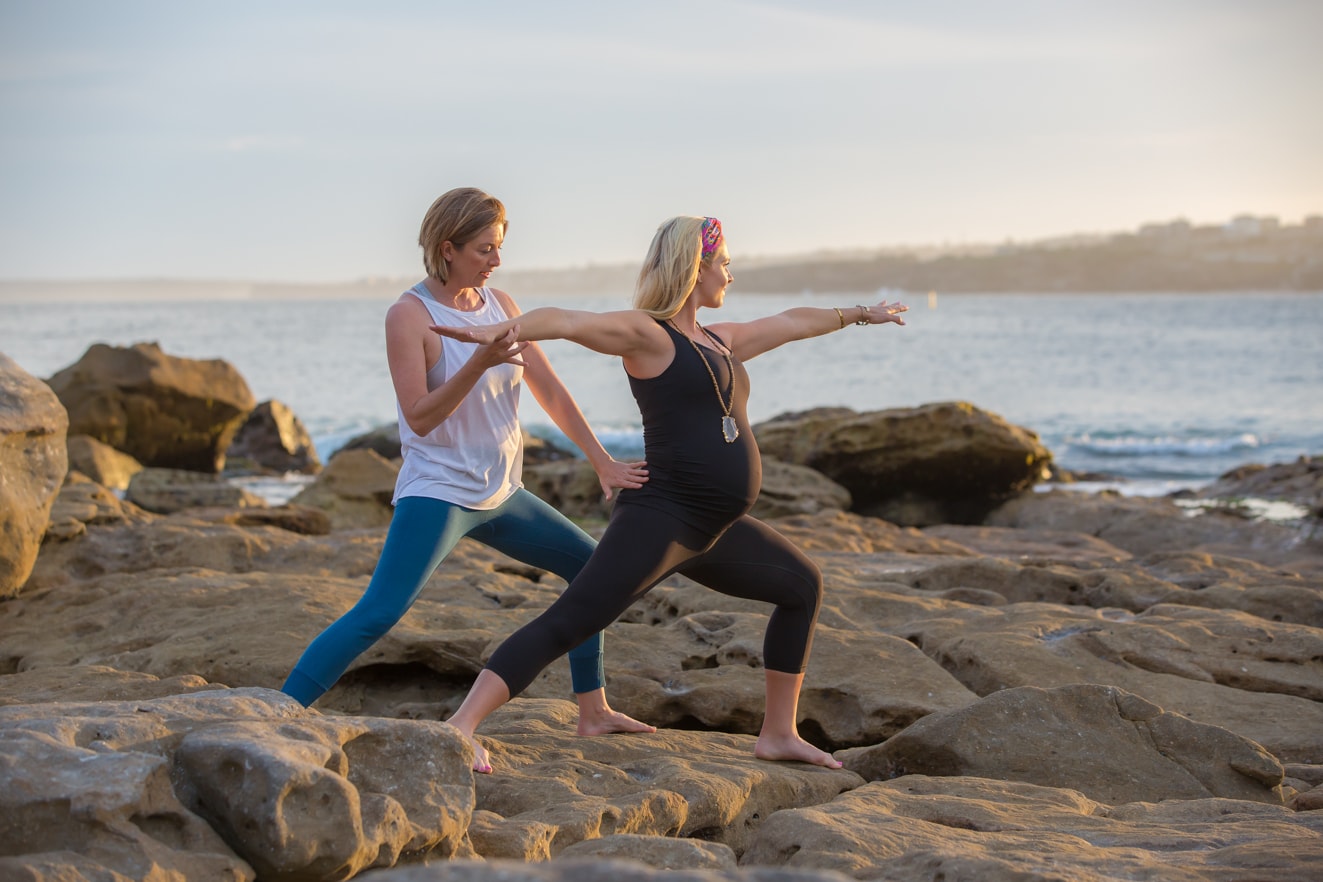 say our program allowed them to create a beautiful birth, no matter what unfolded 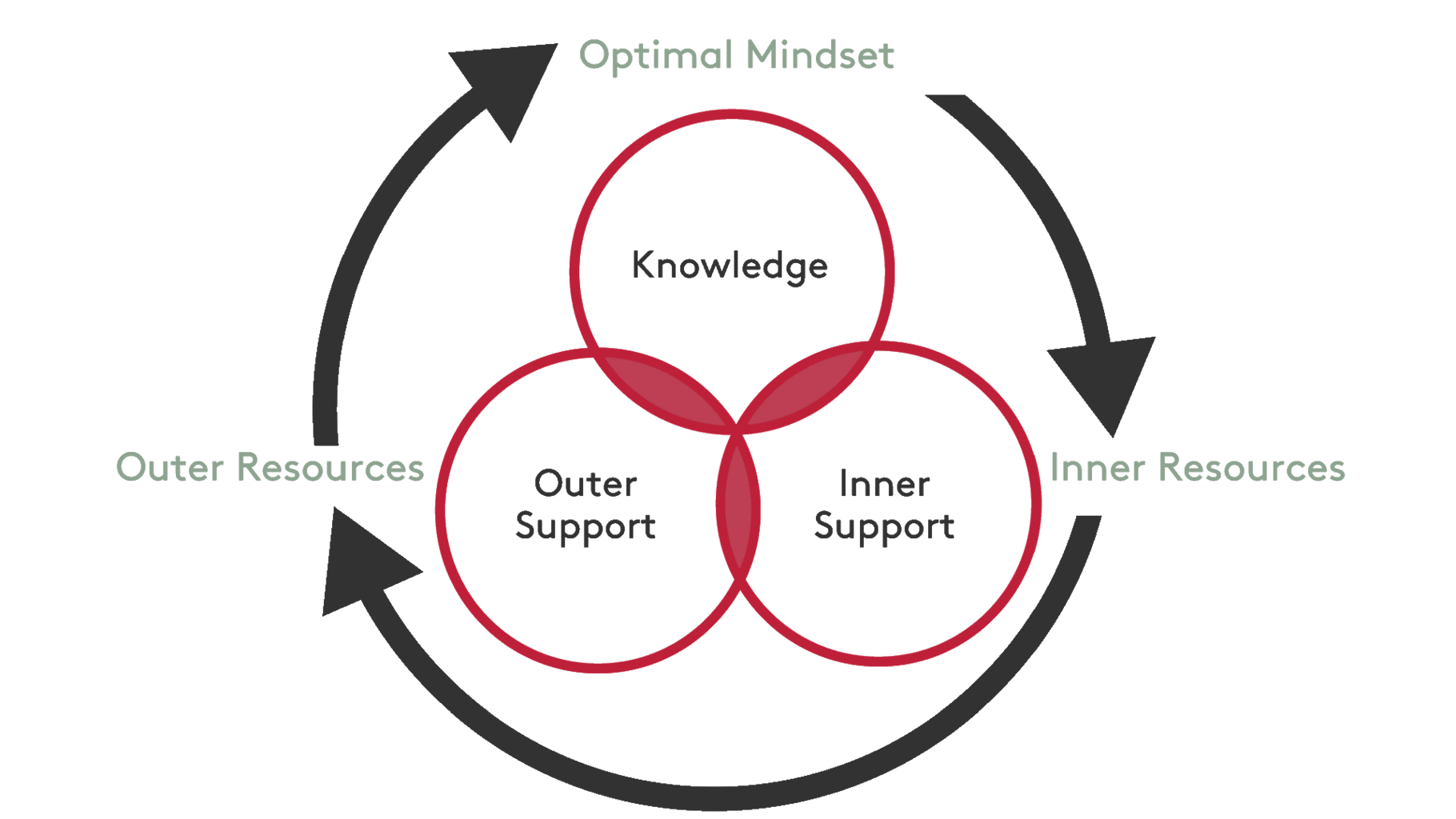 Individual birthing tools that have been previously studied and show some improvements in birth experience are all taught in the She Births® Online Program and Weekend Courses. They include:


You can read more about the evidence-based tools included in the She Births® course below and further information is given in our evidence-based folders at every face to face course.

Dr Rakime Elmir of Western Sydney University has found that birth changes men.
Those who are unprepared for birth can display symptoms of PTSD, including aggression, hypervigilance and detachment.

NEED HELP EXPLAINING SHE BIRTHS® TO YOUR PARTNER?

Want to understand our scientific verification, but find trawling through pages of data exhausting? Our simple download takes you through the BMJ & Midwifery Journal papers step-by-step.

INDIVIDUAL TECHNIQUES PROVEN TO MAKE A DIFFERENCE TO BIRTH OUTCOMES

ACTIVE BIRTHING
One of the most significant outcomes of childbirth occurring more frequently in a hospital setting, with increased emphasis on monitoring and medical management, is that women have become required to lie in a recumbent or supine position to accommodate these changes.  The bed often became the focal point of the room, with little other space for walking or changing position (*Simkin PP, O’Hara M. Nonpharmacologic relief of pain during labor: systematic reviews of five methods. American Journal of Obstetrics and Gynecology. [Review]. 2002 May;186(5 Suppl Nature):S131-59.).

Much of the monitoring devices are now designed for ambulation and emersion in water, so even if a woman is being continuously monitored, she will still be able to walk, move, squat and get in the bath or shower.  Roberts et.al. found that changing position every 30 minutes or so, was important for the promotion of efficient uterine contractions (**Roberts JE, Mendez-Bauer C, Wodell DA. The effects of maternal position on uterine contractility and efficiency. Birth. [Research Support, U.S. Gov’t, P.H.S.]. 1983 Winter;10(4):243-9.).

In a systematic review by Simkin and O’Hara, researchers found that studies reported that women who laboured in an upright position, compared with those who remained in a supine position had reduced length of first stage labour, required less augmentation and used less pharmacological pain relief (*).  Additionally, the strength and efficiency of each contraction was more enhanced by the upright position (**).

A 2004 Cochrane Review found that women who laboured in an upright position had a shorter duration of labour and reported less severe pain during labour, when compared with those who laboured in a supine position.

Simkin showed that continuous labour support provides enhanced pain management, among other outcomes. The researchers found that the effects are greater for low-income women who are not accompanied by a partner or family member than among middle-class women who were thus accompanied (*).  Copstick’s (1986) study noted that there was a decreased use of epidurals when women had consistent partner support throughout labour (Copstick SM, Taylor KE, Hayes R, Morris N. Partner support and the use of coping techniques in labour. Journal of Psychosomatic Research. 1986;30(4):497-503.).

BREATHING, RELAXATION & MASSAGE
Breathing techniques, such as those used in Lamaze training were the forerunners to today’s antenatal education concepts. (***Brown ST, Douglas C, Flood LP. Women’s Evaluation of Intrapartum Nonpharmacological Pain Relief Methods Used during Labor. J Perinat Educ. 2001 Summer;10(3):1-8.).  Simkin reports that the majority of classes and books demonstrate relaxation techniques combined with rhythmic breathing patternswhich have the purpose of complementing the relaxation techniques or methods of distraction. Importantly, they are also used to enhance a woman’s sense of control (*). Women in the Brown study reported that breathing and relaxation were the main techniques used, and that breathing techniques were the most effective pain relieving technique during labour, followed by relaxation, acupressure, and massage(***).

In Simkin’s review, breathing techniques have the effect of decreasing anxiety and fear, while providing reassurance to the woman.  It increases a woman’s sense of control, reducing pain perception and provides distraction from attention on pain.  Additionally it cues rhythmic activity and rituals useful for labour (*).

HYPNOSIS
In the context of obstetrics, hypnosis is found to decrease length of labour, lower pain scores and decrease use of pharmacological pain relief and instrumental deliveries (Huntley AL, Coon JT, Ernst E. Complementary and alternative medicine for labor pain: A systematic review. American Journal of Obstetrics and Gynecology. 2004;191(1):36-44.). Guided imagery for labour and childbirth aims to effect labour by reducing stress and thereby decreasing the aforementioned.  Evidence based research is scarce for imagery in labour, but the effects outlined above in other areas of medicine for pain reduction is significant and generalizability is feasible and plausible.

KNOWLEDGE
Knowledge is one of the greatest ways to overcome fear. And the specific knowledge given to women on the hormones of birth (Buckley S. Undisturbed birth. Nature’s blueprint for ease and ecstasy. Midwifery today with international midwife. [Review]. 2002 Fall(63):19-24.) and the influence that either moderating or alleviating stress can have on enhancing the effects of labour hormones for efficient and natural birth.

Women given information about these hormones, when and how they are released, the effect they have on the body (Fear-Pain-Tension Cycle) and how to enhance their effectiveness during labour is highly important.

In general, complementary medicines known to have an effect on stress hormones have an enormous potential for reduction of stress, anxiety, tension and therefore pain during labour and birth (Hodnett ED. Pain and women’s satisfaction with the experience of childbirth: A systematic review. American Journal of Obstetrics and Gynecology. [doi: DOI: 10.1016/S0002-9378(02)70189-0]. 2002;186(5, Supplement 1):S160-S72.). 'We would recommend She Births® to everyone. Everyone. From our hearts, this is the most important thing to do before you have a baby. Especially for the husbands. Seriously, you have to do it. You learn how to be a supportive birthing partner and feel like you're a part of the birth, where you're actually contributing.' 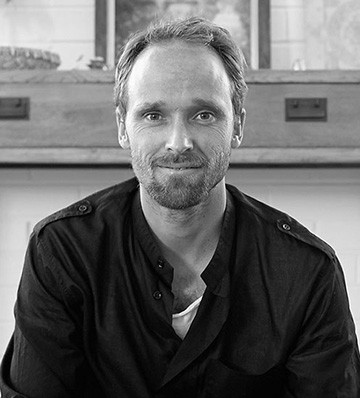 'In one single day She Births® completely revolutionised our perceptions, giving us another reality of birth that is natural, joyous and ecstatic. Nadine is an incredibly sincere and gifted teacher. She combines her personal experience with modern science and timeless wisdom. As a man I felt it was the most vital preparation I could have done.' 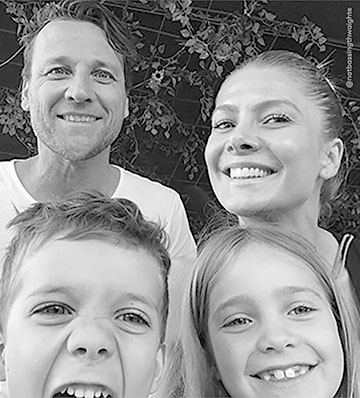 'After our She Births® Private Course I felt like I could achieve anything. We felt so empowered but most of all so connected to each other and ready to take on whatever lay ahead. The techniques Nadine taught us to deal with labour helped me to see that. It truly was an incredible experience.' 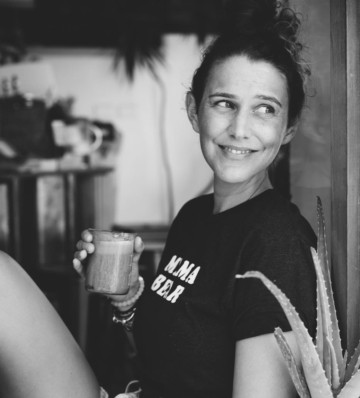 'She Births® was just what we were looking for in birth education - the perfect blend of nature and science. My husband felt so comfortable, confident and excited after. Nadine is real, no BS and gave us practical tools (good for the blokes) and reaffirmation that I was born to birth beautifully.'